I was born in Belgrade, capital of Serbia. Although they were always listening to a music in my house, my parents were not musicians and actually no one in my surroundings played any instrument. I always loved music, and when I was very little I used to sing a lot. I knew all the pop and kids songs, and I used to bug my younger brother to sing with me every night. One time my dad decided to make a home video of us singing in duet, and we still have it. I was about 7, my brother 4 years old.

The first time I heard piano live was in kindergarten. Our teacher used to play for us as a fun activity, and we used to draw music depicting what we heard. But I still wasn’t interested in playing until my next door neighbor got a keyboard. Hearing him play for me was like a magic. I just wanted to have the same toy. It took me about a year to get my parents to buy me keyboard, and for a birthday I finally got it. I started picking up tunes by ear myself and only after about a year my parents decided to find me a teacher.

Because no one wanted to teach keyboard, they took me to a music school. I was 10 at the time, and the school told them that I was too old to start the program. The only possibility was to try to finish two music school grades and take tests in one year (music school in Serbia has six elementary grades). I did that, and I was lucky to end up with the most wonderful piano teacher. Her name was Ljerka Vukelja. I studied with her for 6 years before I enrolled a special music high-school. .

What were your thoughts about starting lessons? Were you excited? Anxious? Confused?

I was very excited and very confused. Especially when we started learning notes and symbols. For a whole year I thought that a sharp sign (#) is a pedal mark, so I remembering being upset because my keyboard didn’t have a pedal. I had a very small keyboard, only two octaves. Later I got one with four, and finally an upright piano. That was the most exciting event that I can remember.

What was the most helpful thing my teacher ever told you? Least helpful?

I had many teachers and it is hard to say what was the most helpful thing. Least helpful were certainly some mean comments I got from some–that is never useful to hear.
Sometimes, things they said were great advice but at the time it was the most difficult thing for me. Usually they were telling me to be patient, play slower, and pay attention to notes on the page, but that was all very hard for me. I loved to play by ear and improvise if I couldn’t remember how the music went.
In the recent years the most helpful advice I heard was to ask myself a question – would I like to go to a concert to hear myself play? I think about that often and it helps me improve.

There were so many times I wanted to quit, but I’m glad I didn’t. There were times when my friends were having fun, calling me to go out and play sports with them, and I had to practice at home. There were also times when I practiced a lot, but didn’t perform well or win at a competition. Those were all very tough times.
There were times my parents wanted me to quit, because they saw my disappointments many times (after some performances, auditions…) and how much I was practicing for that. They were also worried that in Serbia I wouldn’t be able to find a job in music, but I never had a problem with that.

Did you always like to practice? If not, did you have any tricks that made practice easier?

Until today I haven’t met anyone who likes to practice the same music every day. In fact, I don’t think there is a thing that someone can do every day and not feel bored after some time. If you eat your favorite food 3 times a day, after a week or two you wouldn’t want to eat it anymore. That said I was always trying to find a way to entertain/challenge myself – play with my eyes closed, or in the dark, shift hands to a different positions, turn major into minor (and opposite), compete with myself by not allowing a mistake, or rewarding myself in some way.
One famous pianist said that the musician is as good as he/she can entertain oneself while practicing.

Was there a point when it became clear to you that it was all worth it?

From the beginning playing piano made me feel good, and different, in a special way, and gave me a tool to be creative as an introvert. Somewhere around sixth grade I decided that this was something I wanted to do and I started practicing much more. In Serbia, you kind of have to decide very early in order to get into a special music high school. There you have around 10-15 music classes per year (beside other subjects), and piano lessons twice a week. Things get serious very quickly, so there is not much room for changing your mind. Luckily I never doubted my choice.

How did music education effect the rest of my life?

Practicing piano taught me that good things don’t come easily, that hard work pays off and not to ever give up. I learned how to be patient (the hard way) and I learned about self-discipline. That helped with many other things.

What’s the worst fight you remember having with your parents about music?

Well…there were many, but at one point in high school I was spending more time playing pop music than classical for my school program. My teachers were not happy, neither were my parents.

Is there anything you wish you had done differently?

I wish that I had listened to my teachers more, now I realize that all of them were just trying to help me to improve. I was always a bit stubborn and spent too much time having to do things my way, often without good results. 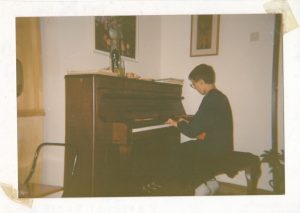 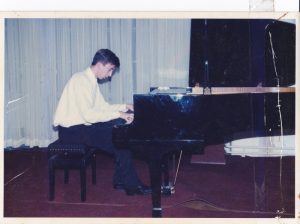 Practicing and other timely info ~ Our Blog